The New York Times
No Longer in Shadows, Pentagon’s U.F.O. Unit Will Make Some Findings Public

For over a decade, the program, now tucked inside the Office of Naval Intelligence, has discussed mysterious events in classified briefings.

By Ralph Blumenthal and Leslie Kean


Despite Pentagon statements that it disbanded a once-covert program to investigate unidentified flying objects, the effort remains underway — renamed and tucked inside the Office of Naval Intelligence, where officials continue to study mystifying encounters between military pilots and unidentified aerial vehicles.

Pentagon officials will not discuss the program, which is not classified but deals with classified matters. Yet it appeared last month in a Senate committee report outlining spending on the nation’s intelligence agencies for the coming year. The report said the program, the Unidentified Aerial Phenomenon Task Force, was “to standardize collection and reporting” on sightings of unexplained aerial vehicles, and was to report at least some of its findings to the public within 180 days after passage of the intelligence authorization act.

While retired officials involved with the effort — including Harry Reid, the former Senate majority leader — hope the program will seek evidence of vehicles from other worlds, its main focus is on discovering whether another nation, especially any potential adversary, is using breakout aviation technology that could threaten the United States.

Senator Marco Rubio, the Florida Republican who is the acting chairman of the Senate Select Committee on Intelligence, told a CBS affiliate in Miami this month that he was primarily concerned about reports of unidentified aircraft over American military bases — and that it was in the government’s interest to find out who was responsible.

He expressed concerns that China or Russia or some other adversary had made “some technological leap” that “allows them to conduct this sort of activity.”

Mr. Rubio said some of the unidentified aerial vehicles over U.S. bases possibly exhibited technologies not in the American arsenal. But he also noted: “Maybe there is a completely, sort of, boring explanation for it. But we need to find out.”


In 2017, The New York Times disclosed the existence of a predecessor unit, called the Advanced Aerospace Threat Identification Program. Defense Department officials said at the time that the unit and its $22 million in funding had lapsed after 2012.

People working with the program, however, said it was still in operation in 2017 and beyond, statements later confirmed by the Defense Department.

The program was begun in 2007 under the Defense Intelligence Agency and was then placed within the office of the undersecretary of defense for intelligence, which remains responsible for its oversight. But its coordination with the intelligence community will be carried out by the Office of Naval Intelligence, as described in the Senate budget bill. The program never lapsed in those years, but little was disclosed about the post-2017 operations.

The Pentagon program’s previous director, Luis Elizondo, a former military intelligence official who resigned in October 2017 after 10 years with the program, confirmed that the new task force evolved from the advanced aerospace program. 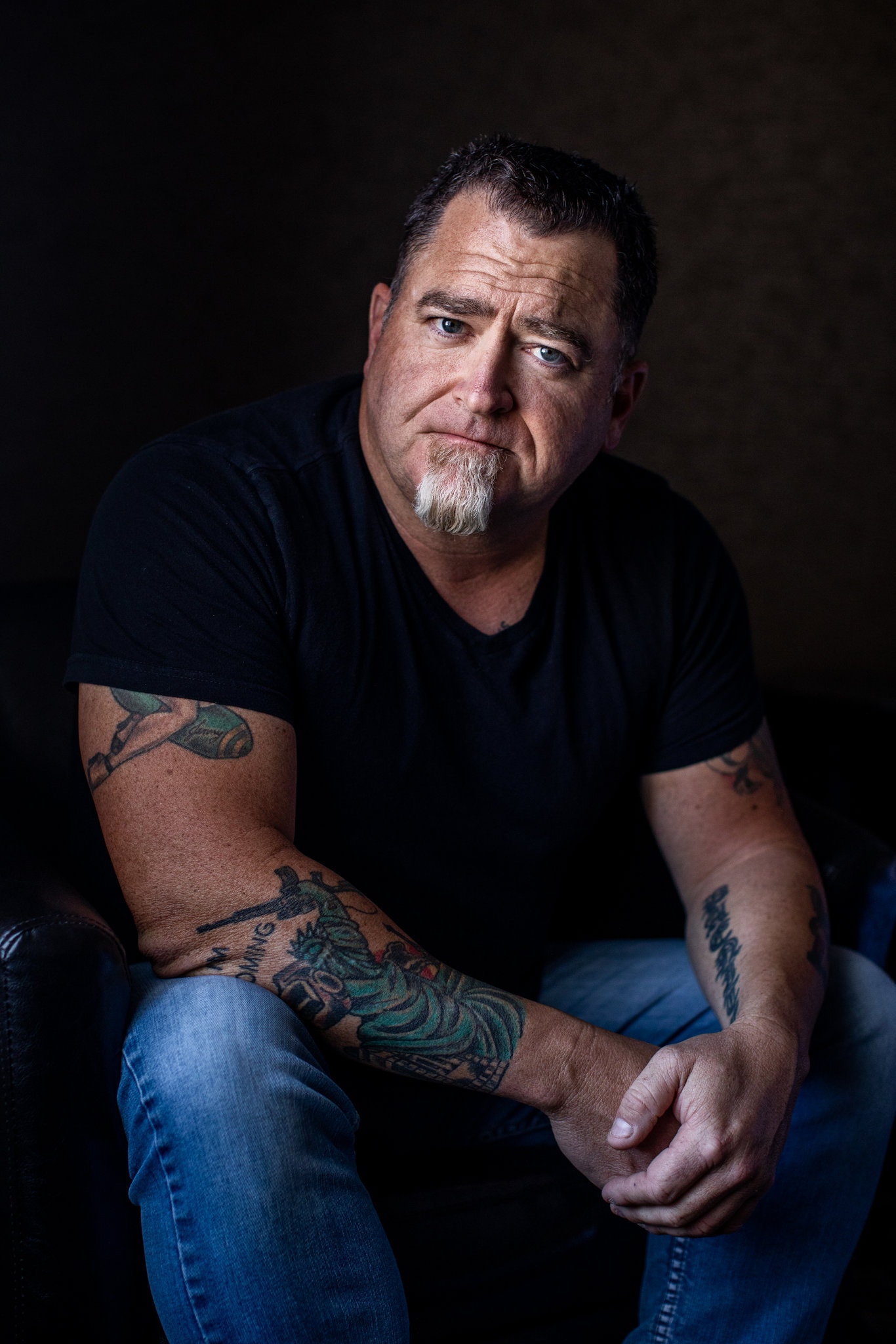 Luis Elizondo, a former military intelligence official, was the director of the Pentagon’s previous program on unidentified aerial


“It no longer has to hide in the shadows,” Mr. Elizondo said. “It will have a new transparency.”

Mr. Elizondo is among a small group of former government officials and scientists with security clearances who, without presenting physical proof, say they are convinced that objects of undetermined origin have crashed on earth with materials retrieved for study.

For more than a decade, the Pentagon program has been conducting classified briefings for congressional committees, aerospace company executives and other government officials, according to interviews with program participants and unclassified briefing documents.

In some cases, earthly explanations have been found for previously unexplained incidents. Even lacking a plausible terrestrial explanation does not make an extraterrestrial one the most likely, astrophysicists say.

Mr. Reid, the former Democratic senator from Nevada who pushed for funding the earlier U.F.O. program when he was the majority leader, said he believed that crashes of objects of unknown origin may have occurred and that retrieved materials should be studied.

“After looking into this, I came to the conclusion that there were reports — some were substantive, some not so substantive — that there were actual materials that the government and the private sector had in their possession,” Mr. Reid said in an interview.

No crash artifacts have been publicly produced for independent verification. Some retrieved objects, such as unusual metallic fragments, were later identified from laboratory studies as man-made. 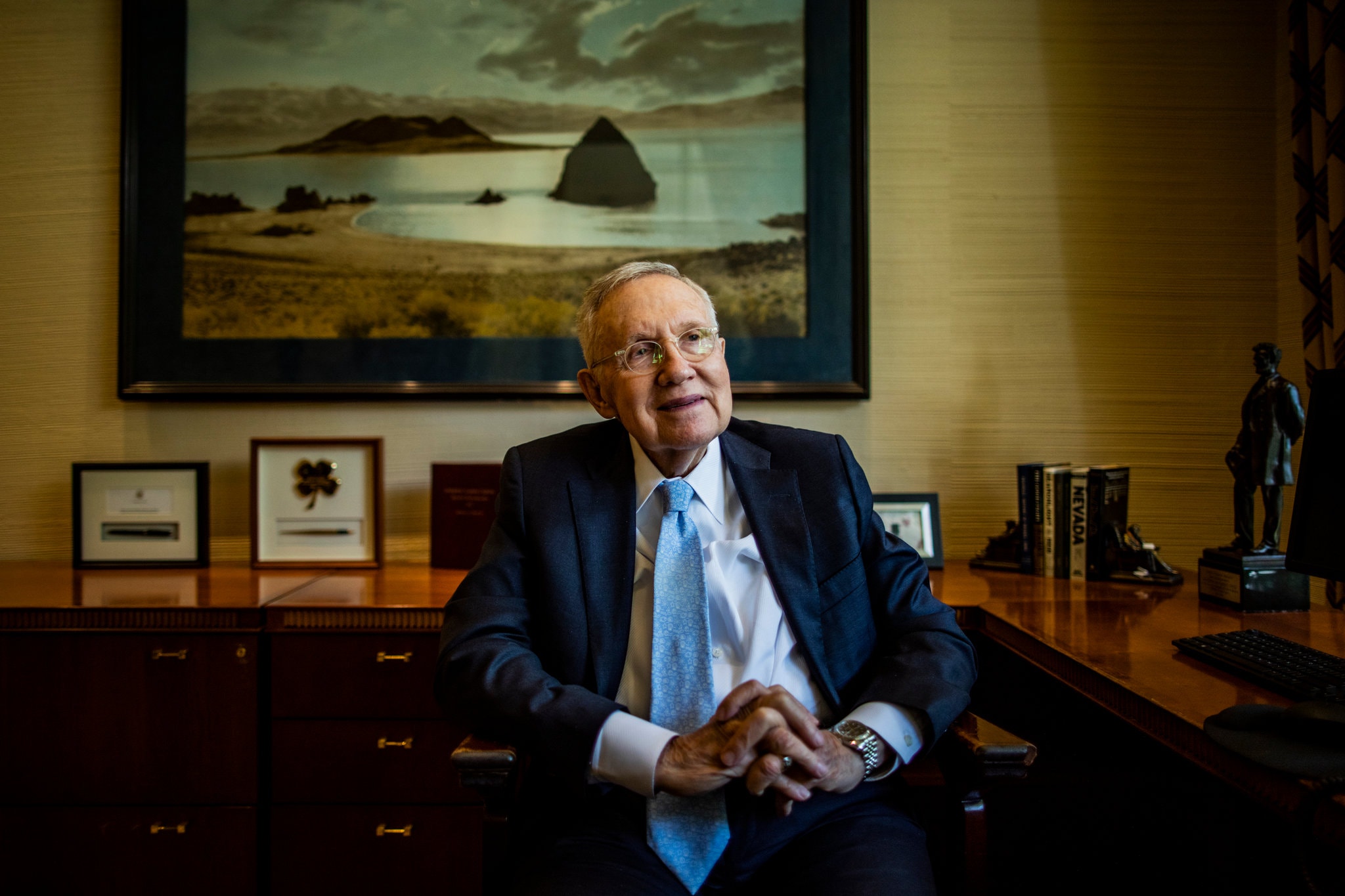 Harry Reid pushed for funding the earlier U.F.O. program when he was the Senate majority leader.

Eric W. Davis, an astrophysicist who worked as a subcontractor and then a consultant for the Pentagon U.F.O. program since 2007, said that, in some cases, examination of the materials had so far failed to determine their source and led him to conclude, “We couldn’t make it ourselves.”

The constraints on discussing classified programs — and the ambiguity of information cited in unclassified slides from the briefings — have put officials who have studied U.F.O.s in the position of stating their views without presenting any hard evidence.

Mr. Davis, who now works for Aerospace Corporation, a defense contractor, said he gave a classified briefing to a Defense Department agency as recently as March about retrievals from “off-world vehicles not made on this earth.”

Committee staff members did not respond to requests for comment on the issue.

Public fascination with the topic of U.F.O.s has drawn in President Trump, who told his son Donald Trump Jr. in a June interview that he knew “very interesting” things about Roswell — a city in New Mexico that is central to speculation about the existence of U.F.O.s. The president demurred when asked if he would declassify any information on Roswell. “I’ll have to think about that one,” he said.

Either way, Mr. Reid said, more should be made public to clarify what is known and what is not. “It is extremely important that information about the discovery of physical materials or retrieved craft come out,” he said.
Correction: July 24, 2020

An earlier version of this article inaccurately rendered remarks attributed to Harry Reid, the retired Senate majority leader from Nevada. Mr. Reid said he believed that crashes of objects of unknown origin may have occurred and that retrieved materials should be studied; he did not say that crashes had occurred and that retrieved materials had been studied secretly for decades. An earlier version also misstated the frequency with which the director of national intelligence is supposed to report on unidentified aerial phenomena. It is 180 days after enactment of the intelligence authorization act, not every six months.

Pentagon Has ‘Off-World Vehicles Not Made on This Earth'

The Pentagon's on-and-off-again, once-covert UFO program is decidedly back on—and will soon reveal some of its findings to the public.

An astrophysicist who consulted on the UFO program confirms the government possesses materials from “off-world vehicles not made on this earth.”

The news comes on the heels of the Navy's official release of three notorious UFO videos.

This stuff is all off topic, I would appreciate if you keep on topic or just start a separated thread for this topic.
Thanks.
A society of dogmas is a dead society.
Top

This stuff is all off topic, I would appreciate if you keep on topic or just start a separated thread for this topic.
Thanks.

Okay noted for future reference...here I was hoping you would have a comment about the specific post's content; extreme disappointment.
Top

While I've seen some serious thread drift/hijack on here, this is a bit much.
Evil is evil, no matter how small
Top

williatw wrote: ↑
Sat Jul 25, 2020 8:40 pm
Okay noted for future reference...here I was hoping you would have a comment about the specific post's content; extreme disappointment.

I am always happy to comment about "content", but all what i read inside those articles are just plain "speculations" and unfortunately speculations tend to easily bend to one's own personal interpretations, hence they have no real scientific value to me.
A society of dogmas is a dead society.
Top
Post Reply
36 posts