The DJI Phantom supposedly has a conventional controller, but has a bracket available to hold the phone, which uses wi-fi to receive the video back from the camera. The Phantom 2 includes a wi-fi range booster. I know there are some little RC craft that can be controlled from a smart phone, but I think the intent on the Phantom is to use the high end controller.

The laptop has wi-fi, Blutooth, etc, so if there is W7 software available to receive the video it ought to do the job. The turn-off for me with tablets is that I was looking around at tablet capabilities as a portable support system for my HD video equipment. I found them to be seriously limited. I expect there are some video editing apps for them, but I can find nothing to suggest they have an ability to download videos from my cameras, and until you throw some serious money at them they really don't have much storage capacity. The laptop is vastly more capable and does all this without question, and can run my preferred video editing package. You can get them with a cut-down version of Windows, which presumably will do what I need, but those are as expensive as a laptop. Another thing which is rare on tablets is an Ethernet connection. At home I never use wi-fi ... disabled it and drove a stake thru its heart. I've never encountered a wi-fi home or hotel network that performed consistently, and they're a hacking danger.

A tablet certainly COULD do what I want, if "there's an ap for that." But a fairly intensive search didn't turn up any mention of photographers and videographers using them for that purpose. I've got enough on my plate that I feel no desire to get in to writing aps for a platform that will be obsolete in a year or two. But I'd think some young kid with a Phantom, a camcorder, and a tablet could solve the problem.

I was in DC yesterday, and it was like being in a zombie movie, all the people walking around that beautiful city, staring at some rectangular gadget in their hands, white cords going into their ears, filling their minds with crap, instead of ducking in to the Smithsonian.
Top

I guess i'll post something on this forum. This seems neat.

http://www.cnet.com/news/millennium-fal ... ur-galaxy/
‘What all the wise men promised has not happened, and what all the damned fools said would happen has come to pass.’
— Lord Melbourne —
Top

Oh, and here's another one.

http://www.cnet.com/news/tie-intercepto ... he-galaxy/
‘What all the wise men promised has not happened, and what all the damned fools said would happen has come to pass.’
— Lord Melbourne —
Top

And here is a picture of a Klingon Bird of Prey drone. 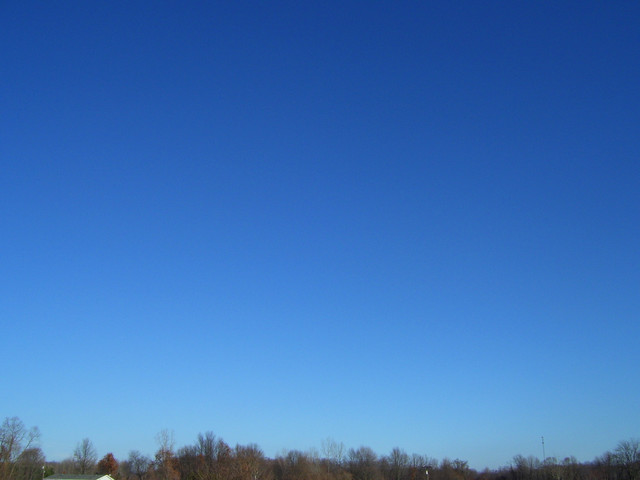 (It's cloaked.)
‘What all the wise men promised has not happened, and what all the damned fools said would happen has come to pass.’
— Lord Melbourne —
Top

That last one is pretty amazing, that they got the cloak working finally. Someone needs to alert DoD.

Here's the racing vid since no one posted the link directly:

The lights really make the vid.
"Courage is not just a virtue, but the form of every virtue at the testing point." C. S. Lewis
Top

I had the video camera down at Manassas Airport over the weekend, trying to get video of an eagle nest that showed up there a couple of years ago. While waiting for a "shift change" by the eagles (one hunts while the other incubates), a hawk showed up and circled overhead. I believe it was a red-tail, but when I put the video camera on it, I could not capture an image. I even backed the zoom off and pointed the camera freehand at the flying bird ... nothing. The sky was clear, and if you want to know what I saw, that last one from Diogenes is pretty much it.

I should note that this was just across the tracks from Aurora Flight Sciences. Hmmmmm.
Top

Yeah, you now, putting those metamaterials in paint. . .and then the hawks go swimming in it. Totally unfair to the bunnies.
"Courage is not just a virtue, but the form of every virtue at the testing point." C. S. Lewis
Top

The French are beating our pants off here in the US:

http://www.bloomberg.com/news/articles/ ... cans-don-t
"Courage is not just a virtue, but the form of every virtue at the testing point." C. S. Lewis
Top

https://image-store.slidesharecdn.com/f ... ginal.jpeg
"Courage is not just a virtue, but the form of every virtue at the testing point." C. S. Lewis
Top

Do you happen to have a link to a version where the text is legible?
Top

No, it was posted just like that over at Li. You can blow it up in a viewer however, and make put most of the text. There are quite a few on that lost i hadn't seen before.
"Courage is not just a virtue, but the form of every virtue at the testing point." C. S. Lewis
Top

Fastest RC craft is not military but civilian?

https://throt-l.com/aircraft/the-worlds ... t-440-mph/
"Courage is not just a virtue, but the form of every virtue at the testing point." C. S. Lewis
Top

Its not clear to me if this thing was being flown by a fan or a photographer working with the concert, but here's a pretty good example of what NOT to do with a quadrotor:

Getting sliced up is about what I'd expect as an injury from these. Aircraft are required to stay 500 ft away from people on the ground (with limited exceptions), and much higher over dense populations, so flying over a crowd is clearly at odds with rules that have been around for decades. If you want a safe alternative, a small blimp with ducted fans would lower the risk of injury.

I'll have to dig out the card, but I looked at a tempting quadrotor at an airshow recently, a competitor to the DJI Phantoms. The camera is built-in, is stabilized PTZ, and the monitor is built in to the controller, so you don't need a Me-Phone to operate it. It's aimed at the semi-pro and pro market. They could not to a demonstration flight because the thing knows good and well that it is at an airport and it won't fly there.
Top

Tom Ligon wrote: They could not to a demonstration flight because the thing knows good and well that it is at an airport and it won't fly there.

This is the thing I find most disquieting about your comment. I fear we shall see much more electronically governed nanny-state oversight of our behavior.


Behold our new silicon praetorian guards.
‘What all the wise men promised has not happened, and what all the damned fools said would happen has come to pass.’
— Lord Melbourne —
Top
Post Reply
113 posts